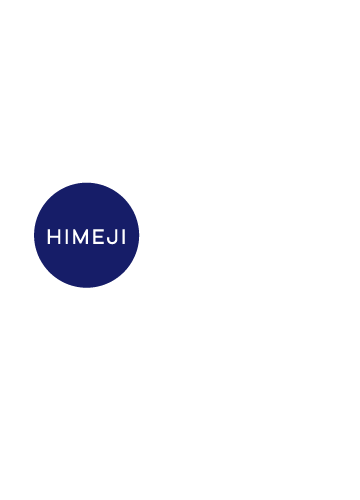 Protecting the local legacy of sake and flavors cherished as evening drinks as our role in the history of Himeji. Kanzaki Shuzo Co.,Ltd. 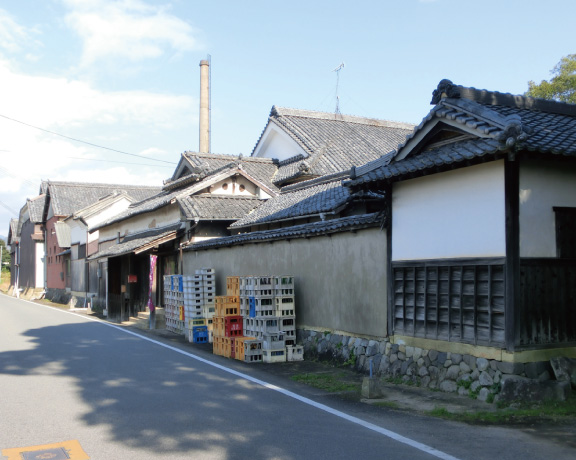 Formerly the Saikojino Ginseng Administration Office in Himeji, we became the first sake brewery in the region as Okaniwa Sake Brewery in 1875 by using sake-brewing rice from Harima. Unfortunately, our first shop was ordered by the government to shut down due to food shortages as World War II was nearing its end. After the war, our predecessors resumed our sake brewery as Kanzaki Shuzo with two other breweries in the same town, down to the present day.

The Himeji Castle is to white herons as Japanese sake is to Meijo MEIJO SAKE BREWING CO.,LTD. Our sake brewery was named Meijo is 1864 after the famous Himeji on top of Himeyama in the center of the Harima Plain. We have been protecting the same flavors for over 150 years since then, and we are proud to be one of the largest and finest sake producers of Banshu.

Have a day of luxury and happiness with sake TSUBOSAKASHUZO CO.,LTD. 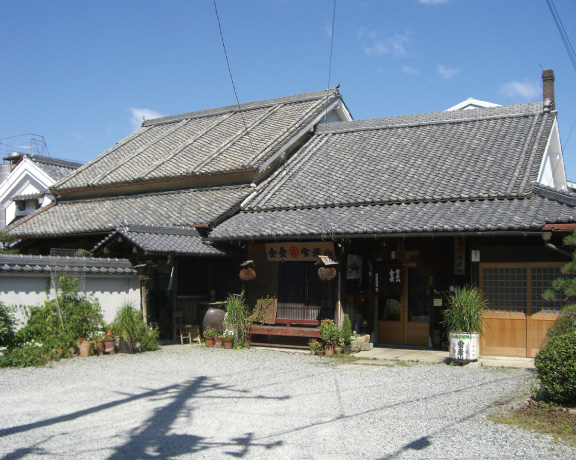 Established in 1805, our sake brewery relies entirely on the climate of Yumesakicho to naturally ferment and mature our sake, utilizing dramatic temperature differences between day and night to adjust the temperature and humidity inside the brewery by simply opening and closing the door.

Making sake and creating flavors with over three centuries of tradition and experience to take on the next century. YAEGAKI Sake&Spirits, Inc. 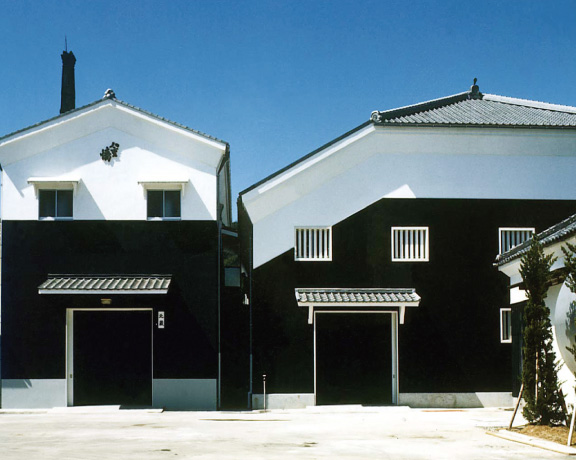 Yaegaki was established in 1666 in Banshu Hayashida. It was named after a poem written by Susanoo-no-Mikoto, an ancient mythical character who supposedly is the founder of Banshu. Because the poem is about how he must protect his newly-wed wife by building yaegaki (eightfold fences), the name "YAEGAKI" has a celebratory meaning in terms of marriage. We have been committed to making sake since 1688 as the chief executive among Banshu toji (master brewers), and eventually built our brewery in Aboshi in 1921. Our signature "Tatsuriki" is brewed with the king of sake-brewing rice called Yamada Nishiki, harvested from an especially high-grade farmland in Banshu. We believe that "sake brewed with rice tastes like rice," which is why we care about the rice we choose. Combined with our expertise as a toji, we strive to bring out as much flavor as possible from rice in order to brew our finest quality sake.

Revere the past to create anew. Endeavoring to make sake for celebratory life events for people to feel purified and invigorated. TANAKA SHUZOJO Our sake brewery has remained true to the amazing traditional technique and passion of our predecessors since 1835. We are dedicated to brewing sake by hand, embracing both constancy and transience, which has been our philosophical foundation for five Japanese eras since establishment. 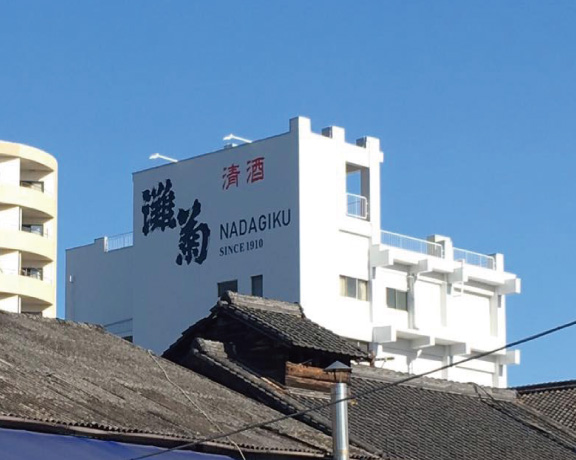 Nadaigiku Sake Brewery is located in the Himeji Castle town, making sake in small quantities by hand using carefully selected sake-brewing rice such as Banshu-grown Yamada Nishiki and Hyogo Yume Nishiki. We offer viewings of our wooden sake brewery since establishment as well as our current brewery, and also serve foods that are unique to sake breweries such as homemade tofu and miso.

Established in 1884 with our family motto "no art is greater than that made by hand" SHIMOMURA SAKE BREWING CO.,LTD. Shimomura Sake Brewing was established in 1884. We have since protected our family motto "no art is greater than that made by hand" for generations, and our signature "Okuharima" has always been made without introducing machinery or mass production. We exclusively brew Junmaishu since 2008. 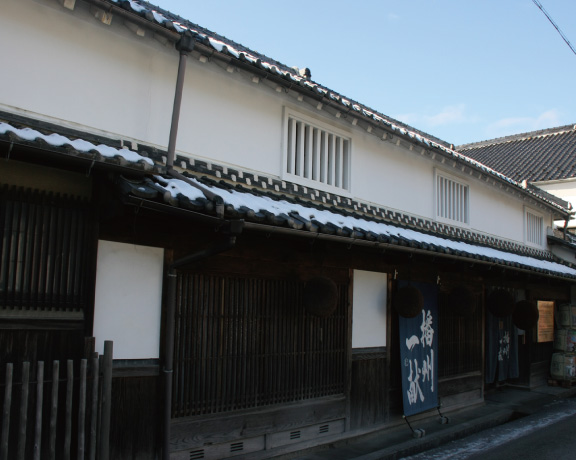 Our sake brewery was established in 1837 along Ibogawa, a river where Takasebune boats once transported rice and lumber, in a former castle town in the beautiful Shiso City of Hyogo Prefecture. We spare no time or effort to carefully brew our signature "Banshu Ikkon".

In appreciation of the clear waters of Shiso and tradition since Edo period Oimatu Sake Brewery Co.,Ltd. 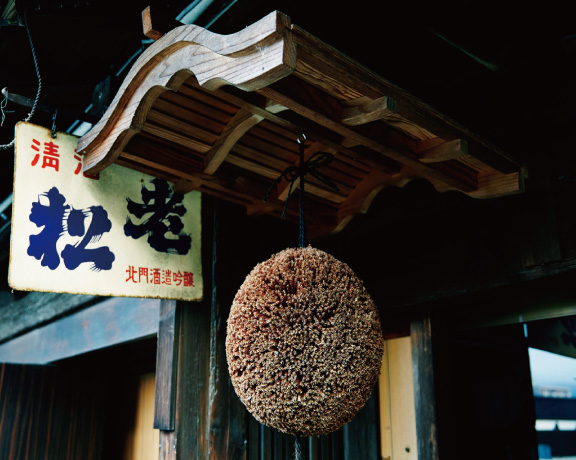 For 250 years, we have always brewed sake using the clear waters of Shiso City. We also care about the rice we use, as we continue to dedicate ourselves in brewing our sake. 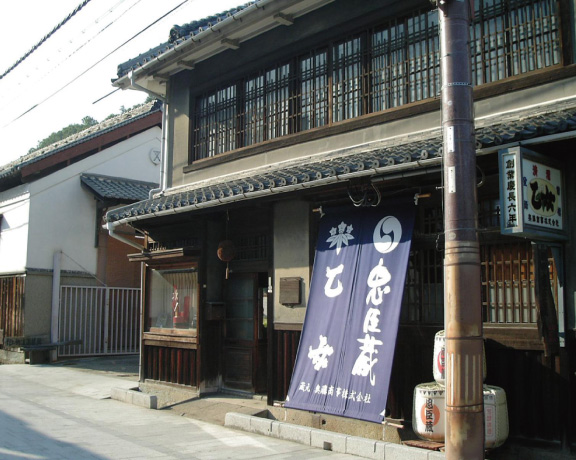 Established in 1601, our sake brewery has continued to make sake for four centuries, and our brewery that was built over three centuries ago still remains standing. Our local sake that represents Ako is brewed using the clear waters of Chikusagawa, and its full-bodied flavor pairs perfectly with seafood. 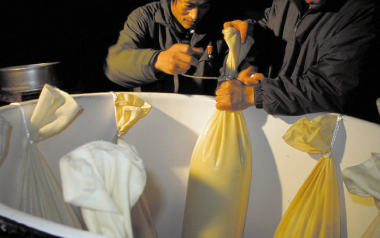 We will guide you around our 200-year-old sake brewery which was built in a way that it relies enitrely on the climate of Yumesakicho, Harima, in order to naturally ferment and mature our sake. The brewery takes advantage of dramatic temperature differences between day and night to adjust the temperature and humidity inside the brewery by simply opening and closing the door. Free sake tastings are available after the tour. Yaegaki's direct sales store is in the "Omiyage-kan" section inside a shopping center called "Piole" at JR Himeji Station. The store sells sake that are exclusively sold in this store, as well as seasonal products. Direct sales store of Himeji's local sake brand "Tatsuriki". Carefully brewed Japanese sake may be tasted at reasonable prices. In addition to Japanese sake, the store also sells rice shochu, liquor, and malted rice. The tōji (master sake brewer) who brews "Tatsuriki" will also be present to introduce our sake (from early evening). We look forward to your visit in the near future. Our wooden brewery since we were established as Nadagiku Sake in 1910 still remains standing, with the same layout of sake breweries until the 60's. We currently possess six wooden breweries and one modern brewery. We hope you find them intriguing. In addition, fresh samples of all our sake are provided at our outlet store. Most sake brewed by Shimomura Sake Brewing may be tasted and purchased here. Parking is available. Nationwide delivery is offered. Designated as Important Structure for City Scenery Formation in 2010.

Our sake brewery was established in 1837 in a former castle town in the beautiful Shiso City of Hyogo Prefecture. Here, we proudly sell our signature "Banshu Ikkon" which we have spared no time or effort to brew slowly with care. A folk museum of the Okuto family, having served as a local official and a navy official in the Edo period, was established in the corner of a beautiful sake brewery with black wainscoting and slit windows plastered in white. Old sake brewing tools, documents relating to the family's previous shipping company, and everyday tools may be viewed for free. Visitors may also taste our signature "Chushingura" at our direct sales store.