The History of Sake in Hyogo

Hyogo Prefecture is made up of five districts, each with a thriving brewing culture producing its own distinctive styles of sake.
Hyogo’s history of brewing is as old as that of sake itself, and the prefecture is full of places which have been key settings in the story of Japan’s national spirit.

the birthplace of sake

In the Harima no Kuni Fudoki, a written record of the culture and traditions of the province collected 1300 years ago, one can find the following pas-sage. “Using mould that was found on rice offered to the gods, sake was brewed, and this sake also presented to the gods in a banquet.” This is said to the be earliest written record in Japan of brewing sake with yeast.
The site for this historic event is thought to be Niwata Shrine in present-day city of Shiso. It’s a place where the roots of modern sake brewing can be clearly traced.

Nadagogo is perhaps best known as the origin of the authentic junmai sake “Pure Nada Sake” (Nada no Ki-ippon). Since the Edo Period, it has also gained fame as the most productive sake region in Japan. Blessed with quality in its water, rice, and the skill of the brewers, the area leads Japan in the volume of refined sake produced, aided by the chilly Rokkō-oroshi winds for winter brewing, and a harbour for convenient shipping.

brewing a new type of clarity

Legend has it that the first seishu (refined sake) was brewed around the turn of the seventeenth century by Shinroku Yukimoto, said to be the son of samurai general Yamanaka Yukimori. The crys-talline sumizake quickly proved more popular than the cloudy nigorizake. The inscription on the his-toric marker at the site of the Yamanaka home in Kōnoike, Itami city, reads “Here was brewed the first morohaku clear sake, which sold in copious amounts.”

Home to two of the Four Great Brewers

The most senior members of a sake brewing team are the tōji, or master sake brewers. Among Japan’s professional brewing associations, the Tamba Tōji and the Tajima Tōji are considered members of the ‘top 4’ Japanese brewers, and continue to pass on the brewing secrets of their famous labels to this day. 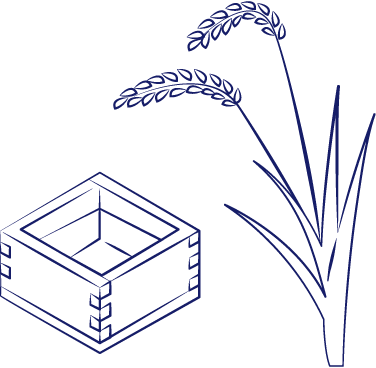