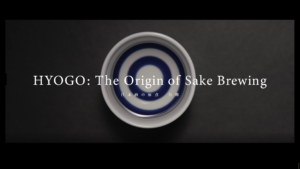 Hyogo has a long history of sake brewing, including Harima, the birthplace of sake, Itami, the birthplace of sake, and Nada-Gogo, Japan’s best sake brewery, which has been producing sake for over 300 years since the Edo period.
Hyogo also boasts the largest production of Yamadanishiki, the best rice for sake brewing in Japan, and it can be said that the origins of sake brewing can be found in Hyogo.
Hyogo’s sake has been cultivated in harmony with the natural environment and culture of the region, and has been protected and handed down from generation to generation.
We have produced a promotional video to help you learn more about Hyogo’s sake.
We hope you enjoy it.